Protect your website, portal, web application or IT-infrastructure of your enterprise from DDoS attacks.
Order Try for free


The cost of DDoS protection from $99 per month

configurator of the prices Try for free


Often DDoS attacks are organized by the order of competitors who pay for similar attacks to cripple the Internet shop or a corporate portal and a decline in sales or loss of reputation. The standard scheme of DDoS-attacks looks like the following: 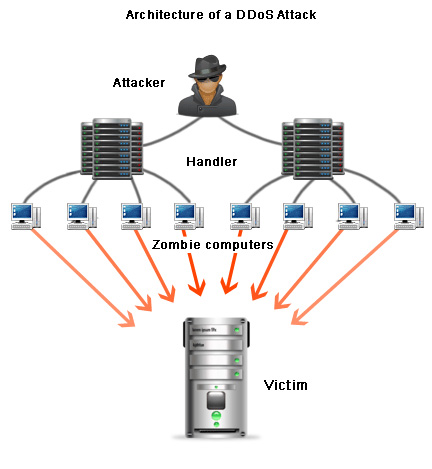 How does our DDoS protection work?

* - if you exceed the traffic limit is reached, the system switches to the corresponding tariff free.
Advantage: large base detection, a smaller percentage of false positives and support of high-level specialists.

The cost of protecting the website against hacking (Radware AppWall)

* - if you exceed the traffic limit is reached, the system switches to the corresponding tariff free.
Advantage: easy set up, low cost and automatic learning.

The cost of protecting the website against hacking (NAXSI)

* - if you exceed the traffic limit is reached, the system switches to the corresponding tariff free.

1. What is DDoS?
DDoS – (Distributed Denial of Service) is a hacker attack from numerous distributed Internet points on a computer system in order to bring it to failure. That is, creation of such conditions under which conscientious users will not get access to the provided system resources (servers), or this access will be significantly obstructed.

2. Why are hackers attacking?
DDoS-attacks on an online store or corporate portal are often organized by the competitors request in order to disable them and, accordingly, to reduce sales or reputation. However, there are also unintentional attacks — in example, if a huge amount of users comes simultaneously to you web-site, much more than your web-site can service. "Weak" hosting in this case does not hold out and "falls". If this happens, you need to migrate to tariffs with a wider network channels or change the hosting provider.

4. Will a regular firewall help protect against DDoS attacks?
It will not help. The aim of modern DDoS-attacks are fulfilling network channel of the attacked service. It is a method of "brute force" when hundreds or even thousands of infected devices, forming a so-called "botnet", send parasitic traffic to the attacked service. As a result, legitimate users cannot access to the attacked service because the entire network channel is busy and has no free bandwidth. Firewalls do not play any role here because they are not involved in the process, and it is no longer important whether they filter out parasitic traffic or not.

The task of anti-DDoS-hoster: having redundant network channels with a wide bandwidth of tens Gbps, with geographically distributed access to the Internet, as well as having redundant hardware routers/firewalls, to receive all traffic on its own hardware, filter it on specialized analyzers and deliver to the client service only legitimate traffic.